The History of Camp Pinecliffe

In 1917, my grandfather’s sisters, Miss Esther and Miss Mildred Hamburger, moved from Syracuse, New York to New York City. Miss Mildred was a student at Columbia University in the school of Social Work. Miss Esther was a registered nurse, who found a job working with one of the top pediatricians in the city.

Third and fourth from the left, back row. During the early years of Pinecliffe

Perhaps, you have studied at some time about how devastating polio was during this part of our country’s history. In big cities, in particular, there was grave concern every summer that children might be in great danger from polio. The disease at that time was called “infantile paralysis” because it paralyzed so many young children. You can well understand, then, how important it was to the doctors who cared for these children to try to get them out of the crowded cities in the summer.

At that time, there were no camps to speak of, perhaps one or two, and certainly no girls camps other then in the girl scout area. Families had never considered sending their daughters far from home to camp out before. Both Miss Mildred and Miss Esther, as educators and concerned women, decided with the help of the pediatrician, to open a summer girls camp during the months of July and August out of the city.

Both women took the train from New York up to Portland Maine, met their brother and together traveled by car north above Augusta. They found a place they thought would be good and built a camp that they named Camp Sunnycrest. The girls that came that summer were mostly from Albany, Syacruse and New York City. There were 60 girls and 20 counselors. A year later, Miss Esther and Miss Mildred decided to go on their own and they found a fox farm in the small village of Harrison, Maine.

By 1919, they had built the Maine Bunk, the Arts and Crafts house, 10 bunks and two buildings up in the woods. One was the infirmary, which is now the jungle and the other was a house for the counselors to spend time when they were not on duty, today that is Jimmy’s and my cottage. There were two building already on the property. One was the White House the other was Senior Lodge. The White House had been used as a farmhouse for the people who lived there and the Senior Lodge was used for the foxhunters.

That first summer in Harrison, under the name of Camp Pinecliffe, the Hamburger sisters having learned a great deal the first two years at Sunnycrest dug in their heels and set in motion many of the traditions that we still have today. Since both of them were educators, they were able to find staff at some of the best colleges in the country. In most cases, they were young women who either taught Physical Education or were Physical Education majors. It was the beginning of a new age in educating young girls to learn how to live closely with nature and at the same time to build physical strength and stamina.

Those early years found girls from all over the United States having heard about this wonderful place coming together to form a Pinecliffe family. The youngest campers in those days were 12 years and the oldest were 17 and 18. One of the campers was my mother, Helen Hamburger Rosenthal, along with Jim’s mother, Marjorie Sollfrey. Together, with their cousins, and friends, numbering about 90 girls, they spent their days hiking, canoeing, climbing mountains, and playing tennis, swimming and something we call aqua planing. Arts and crafts was an important activity, as was drama, music and dance. Many of the plays in those days were done outdoors. For instance, a Mid Summer’s Nights Dream by Shakespeare, was one of the plays done outdoors.

In 1938, Miss Esther got ill and Helen Hamburger Rosenthal came into the camp to help her aunt, Miss Mildred. Those were not easy days for camping, there had been a great depression in 1929 and it affected the amount of money people had to spend to send their children to camp. In 1940, my first summer as a cliff, there were 48 campers and 18 counselors; one of whom was Jo Fiske.* She, as some of you might remember, had been at camp since 1929, she was the head counselor and was in charge of swimming that first year. We had a wonderful time, but we needed to have more girls. So, “Hammie” (Helen Rosenthal) set about in the next couple of years to change forever the small camps position in the world.

In 1942, the United States was in a World War; all of the men and boys under the age of 35 were in the army, or in some capacity working to help us to keep democracy in our world. Polio continued to be a factor with people wanting their children out of the cities. The war effort was the primary concern of every American. Hammie established a work camp at Pinecliffe during those war years. (The thought of their children working for the war effort made people feel less embarrassed to be sending their children away for just a holiday.) The campers worked every morning and played in the afternoon. We did all the jobs the men who had gone to war had done for us. For example, the youngest campers cleaned vegetables, scraped the carrots, cut up string beans, folded paper napkins and set tables. The older girls help clean the Main Bunk and Rec Hall. But, most important, they helped to grow the vegetable we ate and that the community needed. We also helped the farmers near by pick their vegetables, often spending entire days picking strawberries and string beans.

A friend of Hammies came up to run the kitchen. It was her job to collect all the sugar and butter ration coupons from the campers, so we could have sugar and butter, all the meat ration coupons so we could have meat. There was very little gasoline for the truck, so we hiked a lot and used our bicycles. Everyone brought their own bicycles to camp. Many of our girls who were strong took turns climbing Mt. Pleasant in the evening to stand guard at the fire station at the top of the mountain. (A job, up to that time, only done by men.) 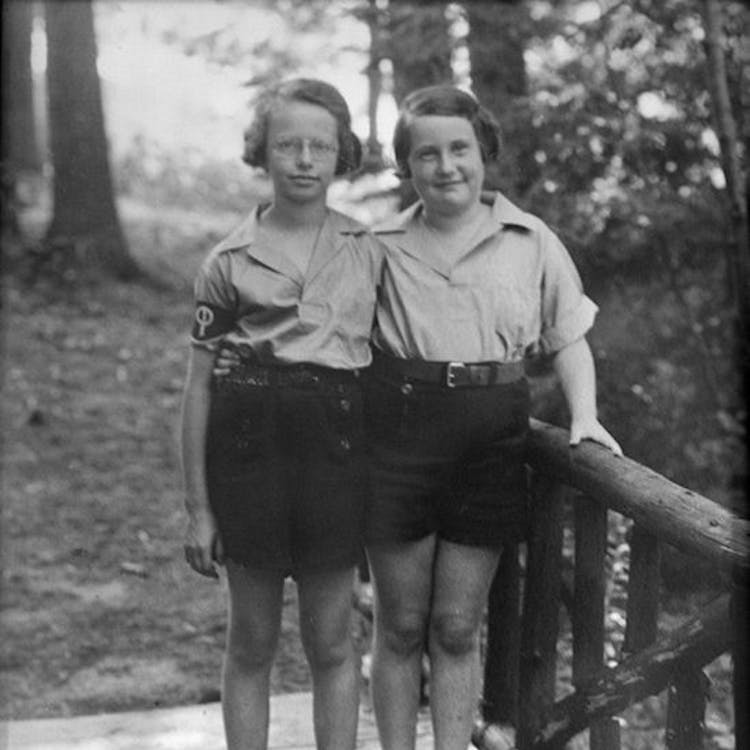 While we were working, Hammie was establishing a choice program that included the basic athletic needs for all the campers. She began to set up a program that for many, many years would substantially increase our high standards of teaching young girls how to be accomplished in whatever they chose to do. Out of this work came the thinking that today can be found in most of the schools and camps around the country. She had established a point of view that children could and should push themselves to do as well as they individually could do in everything they did. Competition was not a “bad word” as long as it was used individually for each child.

During these war years, the number of campers increased to 125. By 1950, there were 150 girls and 40 staff. Pinecliffe had come of age. We were now well known to most of the good colleges as being a serious education community, where student teachers could get the experience they needed for going on to university and college positions.

In 1959, I came into camp as an Assistant Program Director, and Hammie and I worked together to run Pinecliffe for the next twenty years. Pinecliffe continued to grow, not only in size, but also in its ability to help girls become well rounded, comfortable with themselves, adults. In the late 1960’s, Patty Lifter came as a camper and in in the late 1970’s she came to camp as a counselor. Soon after, she took a job teaching during the winter so she could work at Pinecliffe full time in the summer. 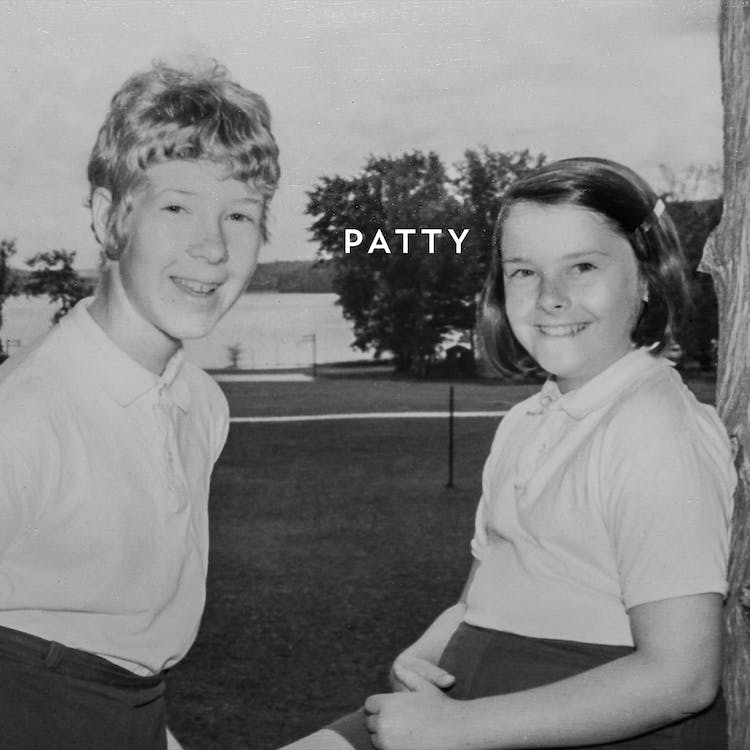 Each generation has made its mark, which has brought Pinecliffe successfully into the 21st century. Pinecliffe’s values and traditions of the past are as important today as they were 94 years ago. We have grown and we have matured and today two, three, four and five generations of children have been campers in the camp that is now being run by a fourth generation of the same family.

The future looks bright as Patty and I continue to supplement some new traditions while enjoying the old that still give meaning to all of us today. Keeping the camp looking wonderful and up to date continues as a priority. The 21st century will bring changes to our country, to the world, and to all of us living at this time. We will hope that camp will continue to be meaningful throughout these changes so that the next generation of girls who join our family come away feeling better about who they are and stronger then they would have been without having had the Pinecliffe experience.

*Josephine Fiske taught physical education classes and coached women’s athletics at Goucher College for portions of eight decades prior to her death in May 2006 at age 101. She joined Goucher’s staff in 1929 as an assistant in the Physical Education Department and eventually became department chair before retiring in 1970. She returned to teach part time in 1976. In 1988, Goucher honored her by naming its field hockey facility after her.